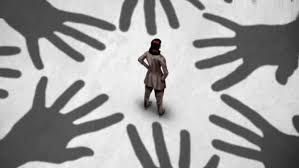 Women harassment at the workplace:

Harassment is when someone repeatedly mistreats you, insults you, or causes you other harm. Harassment is not only cruel and generally quite bothersome, it is occasionally against the law.

In schools, bullying is a common name for harassment.

It has different types;

Sexual harassment comes in many forms. It can take the form of verbal, physical, or so-called “cyberstalking” behavior on social media.

Unwanted or undesired behavior that might insult, degrade, or intimidate a person while fostering a hostile work environment is known as sexual harassment.

Leering or glancing at a person’s physique with a sexually degrading attitude.

Any act which is mentioned above will be included in harassment if it is unwelcome or interfere in hostile working environment.

Abuse of authority as…. demand of sexual favor by supervisor or manager or employer and making it a condition of obtaining job benefits like,

Creation of a hostile workplace environment

any verbal or physical behavior

Provocation If the victim declines to perform sexual favors, the offender may react by doing the following:

restricting a worker’s opportunities for training and future promotions.

limiting the exercise of their rights to file complaints, be treated with respect at work, be promoted, and receive pay raises.

You should follow these steps if someone harass you;

you should clear to harasser that you don’t accept his favor and it is unwelcome.

Inform a reliable coworker in your organization, even if you don’t want to file a formal complaint.

You or the person you designate may formally report this occurrence to your supervisor or the inquiry committee if you choose to make a formal complaint.

Additionally, you can file a formal grievance with your manager or the inquiry committee via your manager, a CBA (union) candidate, or a worker representative (in case of absence of union),

You have three choices for making a formal complaint:

Report immediately to the police (under Either Section 509 of PPC)

It is preferable to start a complaint within your company.

If you disagree with an investigation committee’s or your organization’s responsible authority’s decision, you may appeal to the Ombudsman or a district court if no Ombudsman has been appointed.

You can appeal a District Court or Ombudsman judgement to the President or Governor if you continue to feel wronged by it.

As both sides have the right to appeal, both the victim and the accused may do so.

Laws relating to harassment in Pakistan:

We will talk about different laws and amendments in these laws made in the favor of women for protection at workplace against harassment.

Protection against harassment of women at workplace Act 2010”

Pakistan first of all enacted law “Protection against harassment of women at workplace Act 2010”. This was first law which define harassment before this there was no definition for harassment.

In the same year government also made amendment in section 509 of PPC which talk about insulting the modesty of women. Sexually assaulting women or insulting their modesty is against the law in Pakistan, according to section 509 of the Penal Code. The offender of this offence may get a sentence of up to three years in jail, a fine of up to PKR 500,000 (5 lakh), or a combination of the two. However, bail is still an option and this offence can be compounded.

What type of punishment for harasser in Harassment Act 2010?

According to law minor penalties for accused are

Two important amendments were made in harassment in 2012 and 2022. Amendment of 2022 is very important because it cover all the concerns. We will discuss in detail 2022 amendment.

Protection against harassment of women at workplace

Harassment Act 2010 was amended in 2012 and become law. The bill was prepared by the Ministry of Human Rights in order to encourage more women to enter the workforce and close any gaps in Pakistan’s anti-harassment legislation. This bill changes the definitions of ‘employer’ ‘employee’ ‘harassment’ and workplace to clarify issues that plaintiffs have encountered and broaden the definition of the workplace to embrace all types and classifications of labor.

Protection against harassment of women at workplace

Harassment Act 2010 was further amended on 25 January 2022 on assent of president. This amendment is very important so discuss in detail.

Inclusion of student and artists:

Before this amendment there was no law exist which give remedy or opportunity to file harassment case to students and artists.

Now Students can go to the harassment committees that their educational institutions will organize to file complaints of harassment against other students, instructors, professors, or staff members, and their cases will be handled in accordance with the revised law.

The newly passed legislation will also recognize those who are in some way associated with an employer or organization, such as artists, performers, freelancers, those who work virtually or remotely (without having to visit a physical office), volunteers, interns, full-time, part-time, and unpaid employees.

There was only a defined workplace for women where women work and beside traditional place no place was considered workplace. From now, every place where women go for work will be workplace.

it is a great step praised by everyone.

Before this amendment only those workers were considered employee who sign a contract with employer. Now female workers working from home or going to other home or field to provide domestic support or other are also considered in workplace. The only remedy available to female was they could only file case to criminal court under PPC.

According to recent surveys 70% of workforce in Pakistan is attached with informal sector so, it is a great change to empower women.

The act might be seen as retribution on the part of the accused harasser if the victim reports the alleged harasser and they respond by filing a defamation action against the victim.

Law equal for everyone:

Everyone is equal to law and can file a harassment case. According to new amendment there is no discrimination for on the base gender.

Male female and transgender can file a case of harassment. Transgender have a right to file a harassment case through EEOC.

In our country child labor also exist due to which many child’s faces harassment issues so this amendment also covers child harassment crimes.

Responsibility of an Employer to stop harassment:

If you are an employer and starting your company, you can face harassment cases so you should make harassment committee in which one member should be female and you should comply with these steps;

Mediation as an Alternative Dispute Resolution in Pakistan

Business Laws and Compliance for Small Businesses in Pakistan

Impacts& Drawbacks of Artificial Intelligence (AI) in the legal field

The challenges & opportunities for foreign direct investment in Pakistan