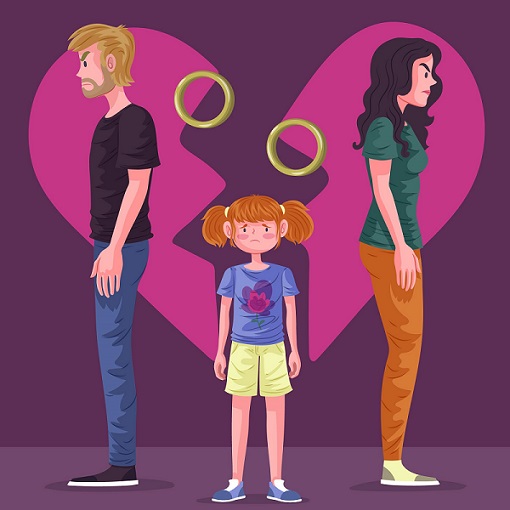 Child Custody is a very sensitive issue after divorce and Khula. The mother is granted custody of a minor under Pakistani law; this is known as the hizanat right. Although it is not an absolute right, the mother’s authority over her kid ceases at the age of seven. Instead, this decision is made with the boy’s best interests in mind.

Up until adolescence, moms are handed custody of their daughters. The mother’s behavior is taken into consideration heavily under this rule, and if it is deemed “objectionable,” she may not be granted parenting rights. After the mother’s period in court-ordered custody expires, the father is entitled to custody. When one parent is absent, custody of the kid is offered to the grandparents.

The mother is often awarded primary custody under Pakistani law, although the court may alternatively award primary custody to the father if it determines that he is best able to ensure the children’s welfare. The well-being of the kid is one of the few factors the court considers while determining child custody in Pakistan. Even if one of the parties in Pakistan is granted child custody, the other party at least has the right to visitation.

Women have a greater claim to child custody than males do because women tend to be more sympathetic and kind, have a better understanding of how to manage young children, and are more patient when dealing with the challenges that arise.

Whether the kid is a male or a girl, the mother has a greater claim to custody as long as she doesn’t get married again and as long as she complies with the custody requirements. According to the academic agreement, this is the case.

Being responsible (i.e., an adult of sound mind, etc.), free (as opposed to being a slave), having a decent character, being a Muslim if the kid in question is a Muslim, and being able to fulfill all commitments towards the child are requirements for custody.

The mother shouldn’t be wed to a stranger (i.e., someone who is not connected to the kid). The woman loses her right to custody if one of these requirements is not met and there is an obstacle, such as insanity or having remarried, etc. However, if that impediment is eliminated, the woman’s right to custody is reinstated. However, it is important to consider the child’s interests since his rights should come first.

The custody arrangement lasts until the kid reaches the age of discretion and independence, or until he or she is old enough to understand what is real and independent enough to eat, drink, clean himself or herself up after using the bathroom, etc.

Regardless of whether the kid is a male or a girl, custody is terminated when they reach this age. At the age of seven or eight, typically. Women have a greater claim to child custody than males do because women tend to be more sympathetic and kind, have a better understanding of how to manage young children, and are more patient when dealing with the challenges that arise.

Whether the kid is a male or a girl, the mother has a greater claim to custody as long as she doesn’t get married again and as long as she complies with the custody requirements. According to the academic agreement, this is the case.

The Guardians and Wards Act, 1890, Sections 17 and 25, also known as “Hizanat” and “Wilayat,” covers parental rights to custody of young children.

It is also crucial to note that in legal terminology, the terms “Hizanat” and “Wilayat” cannot be restricted to the definitions of mothers or fathers of minor children because anyone with the legal authority to do so, such as maternal or paternal aunts or grandmothers, can take on the responsibility of raising a child. Because of this, the majority of textbooks specifically published in Arabic title the relevant chapter “Al Hizanat.”

In a situation involving permanent child custody, the youngster resides with the parent. any other maternal or parental relative, the father, the mother, or both. The family court in Pakistan is responsible for granting this kind of custody. in relation to the child’s residence. Following the hearing, the court grants permanent child custody based on witness testimony and evidence.

According to the law, the mother must have custody of the boy until he is seven. To the age of puberty, as specified in the Guardian & Wards Act of 1890, if the kid is a girl. It hasn’t been determined, however. As there are several additional factors that are taken into account while determining permanent custody. For instance, the well-being of children, a parent’s second marriage, or a parent’s death. In addition, the upkeep of the minor, the character of the mother or father, and the wishes of the minor are important considerations.

Interim custody refers to the care of a child temporarily. according to the Guardian & Ward Act of 1890’s section 12. Until the permanent custody issue is decided, the court may grant either spouse’s father or mother access. Because she is eligible for Hizanat and has custody rights under Islamic law, the mother often receives this kind of custody.

Mother is entitled to get Hizanat. Fathers may, however, also request this custody for a few reasons. comparable to the mother’s absence. In addition, notwithstanding her questionable character, the mother must have exclusive custody of the kid.

In Pakistan, such a custody dispute is quite uncommon. the parent’s right to meet with their child. Both the mother and the father want to meet the kid. If none of them has custody or if the guardianship court cannot transfer permanent custody, In addition, if the permanent custody matter is still ongoing in court. Any parent may meet the kid with the permission of the guardian court.

Meetings that the guardianship court deems appropriate may be held, taking into account both parties. Sessions may take place in the guardian court, in any party’s home, or at a lawyer’s office.

Depending on what the guardian court deems appropriate and suitable, this meeting may take place after seven, fifteen, or one month. Additionally, the guardian court may let a meeting with the youngster go longer than one day on Eid days or during holidays.

Legal child custody entails both the duty and the right to decide how to raise a kid. Education, healthcare, and other choices may be made by a parent who has legal possession of the child. The guardian court grants this kind of custody after a thorough case hearing. Furthermore, it is normally covered under Section 25 of the Guardian and Ward Act of 1890. Both spouses are required to abide by the guardian court’s ruling. This legal custody may be granted for a certain amount of time, such as until the ward reaches a certain age.

Only one parent is granted exclusive legal custody of the kid. Following that, the parent will not need to consult the other parent when making choices involving the kid or children. Depending on the circumstances of the case, there may be several levels of custody. For instance, a parent may have legal custody, but they may also need to communicate with the other parent or consult them before making any decisions.

But it happens often that just one parent will have the power to make decisions. In order to prevent a scenario where the parties are unable to agree on anything.

If a mother or father unlawfully assumes or steals custody of a youngster without the consent of the other party, in violation of the guardianship court’s ruling, or both. Illegal custody is what it is. And the guardian court may revoke unlawful child custody in Pakistan by filing a habeas corpus petition or a contempt of court complaint under section 491 in the session court or Honorable High Court. The youngster will be retrieved by the court and turned over to the party with custodial rights.

CASE LAWS FOR CHILD CUSTODY AFTER REMARRIAGE OF WOMEN:

Mediation as an Alternative Dispute Resolution in Pakistan

Business Laws and Compliance for Small Businesses in Pakistan

Impacts& Drawbacks of Artificial Intelligence (AI) in the legal field

The challenges & opportunities for foreign direct investment in Pakistan